In an interview published in the newspaper “L’Economiste,” Moroccan Minister of Employment and Social Affairs Abdeslam Seddiki, made it clear that “to solve the problem of unemployment, we should not count only on growth.”

He went on to say that “according to estimates, 1 percent of growth rate generates an average of 30,000 jobs, and we have a labor market that is witnessing an annual arrival of 180,000 job applications. To meet these arrivals, we need a growth rate of 6 percent, without including the existing stock of unemployed people.”

He pledged to work towards “setting the balance between innovative investment” and those in more traditional sectors that produce direct jobs and “investment in infrastructure that creates indirect employment.”

This distinction is quite important, particularly in the high tech and tourism sectors, since they often create many more indirect jobs than the core employment generate by a specific project.

For example, both high tech and tourism projects have three phases: development, start-up, and operations. During development, many of the employees are related to the planning phase, are engaged off-site and overseas, may be largely expatriates, and perform high-value and capital intensive (as opposed to labor intensive) functions.

Start-up requires looking to a broader employment pool to attract qualified expatriate and local employees to provide the services required to bring the project to the operational stage. These workers may or may not stay with the project beyond the short and medium term as their special skills are not needed once the project is up and running.

It is during the operations phase that most long-term jobs are created because other functions are needed, ranging from logistics and maintenance support to marketing and packaging, household services, administrative tasks, and whatever else is needed to sustain the project.

Operations management looks to purchase local goods and services from the most cost-efficient and acceptable sources, thus creating opportunities for indirect jobs that support the project in the functional areas mentioned above.

This is where government programs that promote local business development can play a facilitating role as a broker between the project and the skills and resources available locally.

Morocco is moving in this direction as the Ministry of Employment and Social Affairs is focusing government training programs on a more collaborative relationship with investors in order to anticipate what jobs and local companies will be needed by various projects over the medium and long term.

This is also the target of entrepreneurs in Morocco – finding where opportunities exist locally, regionally, and internationally for their products and services.

At the recent Casablanca-based New Work Labs competition called PitchLab, the winner, Kipintouch’s founder Saad Jennane noted that Moroccan entrepreneurs must have a global mindset, not just focused on Morocco.

“We can target the world or an entire region like the Middle East.”

As I have written previously, without an enabling environment, from access to finance and administrative support to friendly legal and regulatory regimes, obstacles will force entrepreneurs to abandon their efforts.

A second major area on which the government is focusing its efforts is the informal sector in Morocco. With an estimated value equivalent to 60 percent of Morocco’s GDP, bringing the informal sector into the marketplace through ease of entry regulations that encourage and reward these small firms will formalize the tens of thousands of informal jobs that are outside the country’s official employment roles.

This would have three immediate impacts: increased tax revenue and participation in social security and related programs, increased opportunities for collaboration among these largely micro-enterprises to enable them to have access to banking and administrative services, and, most importantly, for those with ambition, to provide the means for growth by attracting funding to expand their businesses. 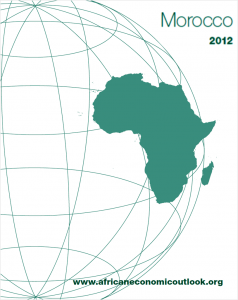 The government’s role in ensuring a positive and business-friendly regulatory environment and in making training and resources accessible is vital and critical to the success of this effort.

The Minister, who noted that the “pressure on the labor market is still high, said that his department can act immediately on existing employment creation policies, namely the Taehil, the Idmaj and Moukawalati programs.”

Through greater collaboration with the private sector, more involvement of industry in boosting local sources and skills, and with increased joint investments in training, education, and entrepreneurship development, Morocco can generate the growth in jobs that will meet its needs in the coming decade.

Originally posted at Morocco on the Move. Slideshow photo of Twin Center in Casablanca by YoTut/Flickr.

Muslim voices Challenge Qualms of Islamists in Power
From Promises to Partnerships to Projects to Results
Managing the dynamics of Morocco’s reforms, can a tidal wave be tamed?
Words into Actions: Theme and Challenge for NAPEO conf. on Economic Growth
King of Morocco Promotes Development in Africa by Africa
Breaking the cycle of "educating for unemployment" in MENA
Now you see them ... the case of the disappearing dissidents
Why is Morocco Smiling? Tourism Gets Boost from New Investments and Projects
0 replies

Facing Challenges in the Food-Water-Energy Nexus To Fight Corruption, Understand its Dynamics
Scroll to top