Beginning Friday, October 24, The Atlantic Dialogues will bring together more than 350 leaders from the public and private sectors in Marrakesh for three intense days of informal, open discussions on issues affecting countries that border the Atlantic Ocean – Europe, North and South America, the Caribbean, and Africa. The event is jointly hosted by the German Marshall Fund (GMF) of the United States and the OCP Policy Center, a think tank supported by the OCP Foundation.

It is modeled after GMF’s Brussels Forum, and participants include senior leadership from government, business, NGOs, media,influential personalities, and others who collaborate through interactive panels and focused smaller sessions on topics addressing “some of the region’s current challenges through both traditional and non-traditional partnerships.” Among the confirmed speakers are public and private sector delegates from Holland, the UN, World Bank/IMF, Togo, the European Commission, Costa Rica, the European Parliament, Science-Po University, Colombia, USAID, and Senegal.

The agenda for the meeting is deliberately structured to ensure the maximum opportunity for dialogue and exploration of perceptions and perspectives among the participants/ The goal is to encourage constructive deliberations on how challenges throughout the region can be addressed collectively by innovative initiatives and partnerships. According to the program’s planning document, “Specifically, Atlantic Dialogues will examine how the nations of the Atlantic Basin can work jointly to realize shared objectives, such as accelerating growth and enhancing living standards, using technology and innovation to bridge development, while addressing current and emerging threats and issues relating to immigration, security, health, trade, energy, governance, and climate, among others.”

To drive these discussions toward concrete proposals, Atlantic Dialogues has enlisted global partners from outside the region to discuss their shared interests and identify potential for collaboration utilizing a broad range of partnerships, including international organizations, NGOs, businesses and industries, think tanks and universities, and other groups.

A significant portion of the program will feature participants from The Emerging Leaders Program, which affords rising leaders the opportunity for advanced training in leadership skills followed by participation in the Atlantic Dialogues. This is a clear priority for the OCP Policy Center which, through its Young Leaders Program and other training/mentoring programs, contributes to the development of the next generation of Moroccan and African leaders in the public, corporate, and civil society sectors.

Held in a discussion format, with featured speakers as well as discussants, the event’s breadth and scope is illustrated by the program topics. From its initial session on “The New Atlantic Equation: Convergence, Cooperation, and Partnerships,” to current challenges such as “Confronting Zones of Chaos,” “Governing the Atlantic,” and “New and Old Challenges in Health Security,” participants will discuss both issues and possible remedies. Technology, agriculture, e-government, development financing, sustainable cities, gender concerns, and new energies are some of the other major topics to be reviewed.

This is the third annual meeting, and it is an indicator of Morocco’s maturing intellectual environment that the Atlantic Dialogues has already become an important forum for regional and international exchanges. As the program notes, “The third edition of The Atlantic Dialogues will build and draw on the discussions and networks established in the previous two years and will provide an opportunity for policymakers to debate the changing dynamics across the wider basin and develop concrete solutions to specific regional policy.”

While many of the Atlantic basin countries struggle to build sustainable, inclusive, national development strategies, GMF and Morocco are providing a top tier forum for moving beyond crisis to concrete policies for achieving equitable growth.

The fragility of water resources and how it impacts energy and food are moving rapidly to the top of the world’s environmental agenda. This should come as no surprise.

A key principle in understanding core issues in the Middle East is that all Arab societies, bar none, have evolved around maintaining water supplies and managing their relationship to food, land, and survival. This is not uncommon given that human habitats emerged in regions where water was plentiful, accessible, and provided the means to sustain basic food production, transportation, and oftentimes defensible settlements.

A recent article carried by Voice of America made note of a meeting of Agricultural Ministers and other top officials from the Middle East/North Africa (MENA) region in Rome at the UN Food and Agriculture Organization (FAO) to discuss the newly launched Regional Water Scarcity Initiative.

One estimate “warns the availability of fresh water in the region could drop by 50 percent by 2050.” While the existing impression may be that this is more of a problem for the desert rich countries of the Gulf, the reality is that growing populations are depleting water resources throughout the region, with little prospect of replacing damaged, drained, and destroyed aquifers.

The Regional Water Scarcity Initiative aims to identify and streamline policies in agriculture water management. The FAO says these are policies “that can significantly contribute to boosting agriculture productivity, improving food security, and sustaining water resources.” 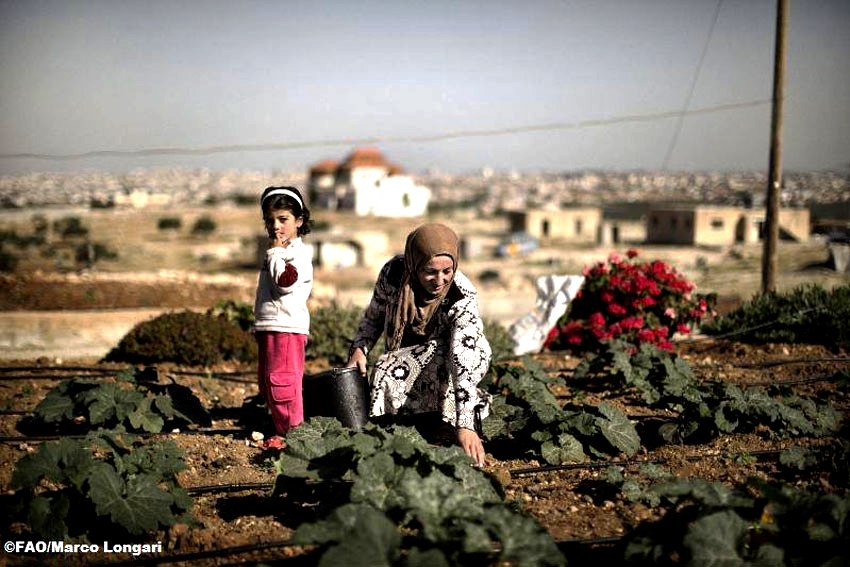 In a press release, the FAO’s representative in Egypt Pasquale Steduto remarked, “This region is already known to be very scarce [in water supplies] – one of the most scarce in the world.  But we are observing that there is an acceleration and an intensification of water scarcity that in the next 40 years will bring this scarcity to the highest intensity in history.”

The FAO reports that in the previous 40 years “per capita freshwater availability in Near East and North African countries plummeted by two-thirds.” Steduto says it’s a complex situation. “Several things are coming into play from the population [growth], but also climate change. So, we need to be ready to address all the challenges that will come and the region will face in the coming years,” he said.

According to the FAO report, the chief culprit seems to be the agricultural sector, which uses more than 85 percent of the “available rain fed, irrigated, and groundwater resources.” With the rapid growth in populations, the demand for food is outstripping current agricultural capacity and underscores the link between water, food, and the energy needed to make future growth sustainable. 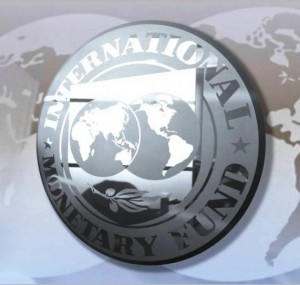 Cognizant of the need to view food, energy, and water as interrelated parts of the ecosystem, the IMF’s Research Department cooperated with New York University’s Center for Technology and Economic Development, and Morocco’s OCP Policy Center for an in-depth analysis of the “causes and socio-economic challenges of food price volatility” February 25-26 in Morocco.

Experts from around the world examined the conceptual, policy, and operational issues related to food in the marketplace.  According to IMF Deputy Managing Director Min Zhu, “The conference will enhance our understanding of the drivers of food prices and thus help devise policies to improve food security and keep inflation in check…This is of great importance to many, indeed all, of our member countries.”

The conference examined both the causes and socio-economic challenges of food price volatility, ranging from “drivers of food prices and policies to ensure food security to defining the appropriate monetary policy response to food and fuel price fluctuations.”

And for the Future?

As James Clapper, US Director of National Intelligence (ODNI), testified to Congress in January, “competition for and secure access to national resources (e.g. food, water, and energy) are growing security threats…Many countries important to the United States are vulnerable to natural-resource shocks…Demographic trends, especially increasing global population and urbanization, will also aggravate the outlook for resources, putting intense pressure on food, water, and energy.”

It is inevitable that Morocco has become a central player in the food-water-energy nexus policy discussion as it works to reconcile four overlapping conditions that shape its future: heavy reliance on imported energy, increased population and urban migration taxing local services, fluctuations in rainfall that have a significant impact on GDP, and the need to create employment opportunities at all levels.

Timing is critical for reducing or ameliorating Morocco’s challenges in all these areas, and only a coordinated and integrated strategy will reduce dependency on imported fuels, increase capacity to service rapidly growing cities, continue to expand and enhance water management strategy, and generate jobs from the introduction of new and more efficient technologies across the food-energy-water sectors.

Morocco is not waiting for a prescription to emerge from multinational organizations and think tanks. The Kingdom is reaching out to experts, analysts, practitioners, thought leaders, and a range of stakeholders to assess its assets and challenges and mobilize support for its grassroots and national strategies. Its 2020 national energy plan is already underway, making extensive investments in renewable energies.

Morocco has pioneered two major agricultural plans that include the utilization of extensive water management technologies, as well as enhanced agricultural production technologies. And it is working with the European Bank for Reconstruction and Development (ERBD) to promote the use of small scale renewable energy products by consumers and small business.

Overall, the integration of these efforts is a promising start to addressing the food-water-energy nexus.

Originally posted at Morocco on the Move.